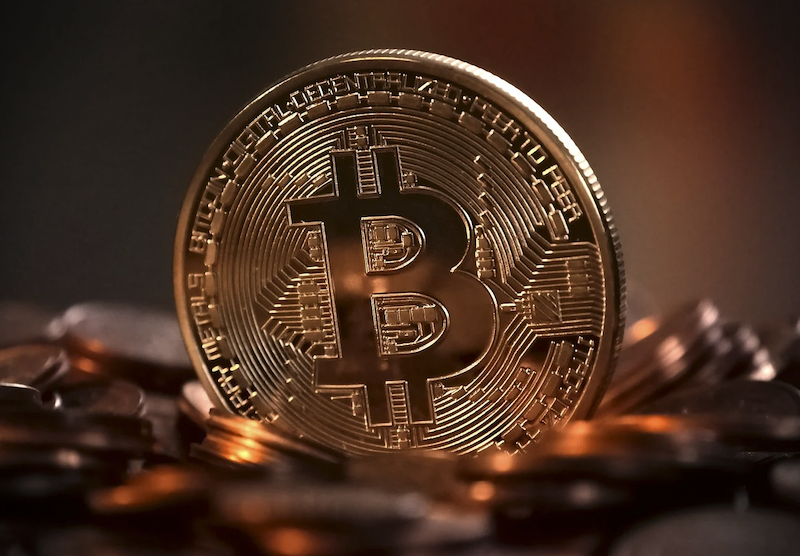 In other articles, we’ve argued that bitcoin and cryptocurrency can have a place in a balanced portfolio.

In other words, some is okay, but too much can venture into speculation. (How Much of a Portfolio Should Be in Cryptocurrency?)

The main limitation is its high volatility and high correlation to other kinds of assets (riskier types of stocks), so it doesn’t take much to feel its effects.

The whole bitcoin/crypto phenomenon is a product of the environment we’re in.

When the government creates a lot of money and hands out a lot of credit, everybody’s happy and it makes different types of assets go up (stocks, houses, etc.).

It’s not clear what the trade-offs are or who the losers of these policies are.

The losers are those holding this cash and credit because it devalues it.

For example, people who have their money in cash and bonds are losing a certain percentage of their wealth per year because of inflation. Taxing people more makes them angry and causes them to do things to avoid them.

So for policymakers, devaluing money is a more stealth way to do it and the path of least resistance.

The risk of the government having too much debt and too many other IOUs (e.g., related to healthcare, pensions, insurance, and other unfunded liabilities) isn’t default risk.

So the issue is devaluation risk. This is because all that the government owes can’t be paid in hard money and they won’t renege on these promises, so they will print their way out.

When you have too much money and credit relative to goods, services, and investment assets, the value of money goes down relative to these things.

You get inflation in the financial economy first (the price of stocks, homes, commodities, etc.) and inflation of the real economy after that.

So people look for alternative assets to put their money into in order to avoid being devalued on. This includes certain types of stocks, real estate, commodities, gold, collectibles, and so on.

Given there’s a shortage of these types of assets, this is part of why bitcoin, cryptocurrencies, and digital private forms of money became a popular thing.

Bitcoin can be a small part of the puzzle to protecting wealth from getting eaten up from all the devaluation that’ll take place, but there is no one answer. It has to be a diversified answer.

At the same time, it’s important to identify the stuff where you’re getting devalued and avoid having surplus wealth stored in them because they aren’t good stores of value.

In particular, these are cash, bonds, and fixed-rate credit assets in places where the nominal interest rate being paid on them is below the rate of inflation. In other words, assets that have negative real yields.

In other countries, most of these assets still have positive real returns, so it’s not universally true.

What’s true in developed markets (the US, developed Europe, and Japan) is not always the case in other places, such as emerging Asia and cyclical emerging markets. They have a different set of policy circumstances.

In the US and other developed markets, monetary policy is in a state where it’s driven through a coordination with fiscal policy.

The central bank backs up that spending by buying any bonds (that are unwanted by the private market) that come from that deficit spending to avoid interest rates from going up.

This is a much more inflationary policy than standard interest rate and QE-driven monetary policy. These largely work within the financial economy and that money and credit flows into the real economy in a very indirect way.

However, with the Covid-19 crisis, when rates and QE policy ceased to be effective, fiscal policymakers necessarily became more involved in determining how capital is allocated.

Getting that money directly into the real economy and getting both monetary policy and fiscal policy rowing in the same direction (i.e., a huge easing of policy) was much more effective in getting inflation in goods and services to run higher. This is especially true as the income and wealth deficits were filled and inventories were run down (which could initially mask a forthcoming inflation issue).

The best environment for bitcoin and cryptocurrencies

Bitcoin/crypto is something you might want to own more of when the economy is sagging and the government is about to print money to get things going again. That’s the type of environmental bias it has where it’ll do best.

But when economies are “running hot” – growth is good and there’s high inflation – it’s generally a different story. In these cases, the government is trying to slow things down by raising interest rates and reining back their purchases of financial assets (“quantitative tightening”).

In these environments, bitcoin and cryptocurrencies will struggle more.

This is also true of stocks, which accounts for the large degree of correlation between the two asset classes.

Though bitcoin and crypto have been thought of as something that could potentially provide diversification to a portfolio, this has been more theoretical than realized.