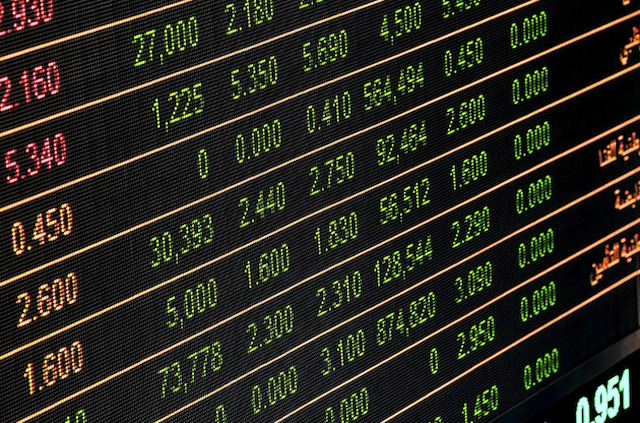 The price of anything is the money and credit spent on it divided by the quantity.

So while there are many strategic approaches to trading the markets, such as value, momentum, etc., what it ultimately boils down to is who is buying and selling, in what quantities, and for what reasons.

It’s buying and selling activity that drives price movements, not how ostensibly cheap or expensive a security might be of what its notional fundamental value might be.

It’s common practice for hedge funds and other institutional managers to cap their AUM at a certain point if they’re pursuing an active management style.

Once you get to a certain level, depending on what your strategy is, you start to become a material part of your markets.

If you’re actively trading small cap stocks, your AUM will be quite low due to thinner liquidity.

Some passive managers, like Vanguard, Blackrock, and others have an AUM of trillions of dollars because of the passive or mostly passive nature of their management style.

But the general idea is that if you become a material part of your markets it is likely to cost you.

Musk and Tesla is one example.

Tesla CEO Elon Musk took advantage of the stock’s extremely high price in late-2021 and early-2022 by selling tens of billions of dollars’ worth of shares in the company.

In a later sale (ostensibly to help fund a Twitter buyout), Musk sold $5 billion worth of stock, yet dragged the market cap down about $80 billion.

Many think that $5 billion is simply $5 billion and the market cap shouldn’t lose many multiples of the amount that was sold.

While there are many other buyers and sellers in the market affecting the stock price, this is mostly a matter of liquidity.

There’s the current buying appetite to consider. If there isn’t $5 billion bid on the stock, then the price will have to fall to find additional buyers.

There are also matters of people front-running the trade (if the company’s CEO is purportedly buying something in a very public way, where will the money come from?) and the signal it provides to the market of a top executive selling that amount of stock.

If $5 billion is forced through in a short period of time, there’s a certain amount of demand at each price level.

If supply swamps demand, then each block will have to be sold at a progressively lower price.

It’s also for this reason that many sellers in a market will try to space out their trades if they are large enough to avoid disturbing the market.

Some institutional managers will literally spend months dripping their position into the market, both buying (getting in) and selling (getting out).

Company executives and large buyers and sellers are also under a separate set of disclosure rules that makes spreading out their activity difficult to hide.

Musk, for example, filed the wrong Form 13 – a 13G (passive ownership) instead of a 13D (active ownership) – and filed it late to help conceal what he was doing, which is a violation of federal securities laws. (Musk may have believed that the advantage of not following the law, in this case, may exceed whatever punishment is eventually handed down far in the future.)

As the selling keeps knocking out demand at each level, the market price keeps going lower and lower.

To give a simple example, let’s say you want to sell $5 billion in Tesla stock, the price of the stock is $700 per share, and there’s $100 million of demand at each whole-number price:

So even though you sold just $5 billion, it ate up over $50 billion in market cap because you have to keep going to lower and lower prices to find the buyers.

In those cases where a stock collapses entirely, such as Wirecard, Enron, Worldcom, GSX, and others, the buyers literally almost disappear entirely.

So people holding the stock literally can’t get out at all. If they did, supply would swamp demand to an even greater extent, intensifying the selling pressure.

The asset they thought was worth its previous dollar value is actually worthless or nearly worthless.

Traders and investors should be aware of this dynamic. If a stock doesn’t have the best liquidity (which you can find by looking at bid-ask spreads or Level II data, for example), you might expect bigger price moves.

If you can wrap your head around how liquidity works and how price discovery happens in markets, you’ll be ahead of most traders and investors.

What is the reason for stock price changes?

Stock prices change for many reasons, but money and credit flows are what mechanically drive them.

These money and credit flows are a result of responses by different buyers and sellers to various factors and data. The most important for a stock are earnings, dividends, macro data, interest rates, news, and speculation.

What drives stock prices in the short term?

In the short term, stock prices are driven by supply and demand for the shares due to buying and selling activity, as well as news and speculation.

What drives stock prices in the long term?

In the long term, stock prices are driven by earnings and dividends.

If a company is doing well financially, its stock price is quite likely to go up over the long run to reflect this and vice versa if the company is not earning at a level commensurate with its price.

Summary – How Do Stock Prices Move?

Money and credit are what fundamentally move markets.

Stock prices move based on buying and selling activity in response to various factors and data, the most important of which are earnings, dividends, macro data, interest rates, news, and speculation.

There are also other important factors that drive stock prices such as liquidity and market sentiment. It is important for traders and investors to be aware of these dynamics in order to make informed decisions about when to buy or sell a stock or any financial asset.