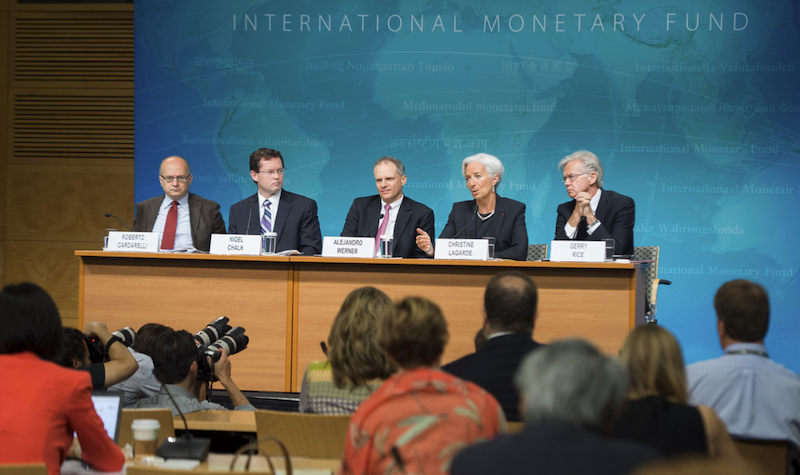 What is the function of IMF?

The International Monetary Fund (IMF) is an international organization that aims to promote global economic growth and stability.

It does this by providing financial assistance to countries in need, and by working with member countries to improve their economic policies.

It produces research and analysis on a wide range of topics, including global economic conditions, exchange rates, capital markets, and monetary policy.

The IMF also provides data and statistics on a variety of topics.

History of the IMF

The IMF was established in 1944, at the Bretton Woods Conference as an institution to mark the post-war world order.

The IMF’s headquarters are in Washington, D.C., United States.

The IMF’s main goals are to:

What is the IMF’s role in the global economy?

The IMF is an important player in the global economy. The IMF works with member countries to promote economic growth, reduce poverty, and foster stability.

These loans often come with conditions attached, such as required policy changes, that are designed to improve the country’s economic situation.

The IMF is also involved in providing technical assistance and training to member countries.

It works with member countries to help them improve their economic policies and institutions. The IMF also provides a forum for discussion and debate on international economic issues.

The institution is funded by contributions from its member countries. These contributions are based on a country’s size and its role in the global economy.

Quota subscriptions are the main source of IMF funding.

They are paid by member countries and are used to finance IMF activities.

Quotas are reviewed every five years and can be increased or decreased based on a country’s economic situation.

IMF credit is typically repaid within a few years.

The IMF is governed by a Board of Governors, which consists of one governor and one alternate governor from each member country.

The Board of Governors have Spring and Annual meetings. The IMF’s day-to-day operations are directed by a 24-member Executive Board. The Executive Board represents all IMF member countries.

The Boards of Governors of the IMF and the World Bank Group normally meet once per year.

The IMF employs around 2,700 people from over 150 countries.

IMF staff work in a variety of areas, including economic research, policy analysis, and technical assistance.

The IMF is headed by a Managing Director, who is elected by the Executive Board for a five-year term.

What is the IMF quota system?

IMF member countries are assigned quotas, based on their relative size in the world economy.

Quotas determine a member’s voting weight, access to IMF financing, and how much the member can contribute to IMF reserves.

The IMF reviews quotas every five years, and adjusts them if needed. Quotas can be increased or decreased, but cannot be reduced below zero.

What is the IMF’s voting system?

IMF member countries have votes in proportion to their quotas. The IMF uses a weighted voting system, in which each member country has a certain number of votes, based on its quota.

The IMF Board decisions are normally made by consensus, which means in such cases that all members must agree on the decision.

However, formal voting does occur.

Who gives money to IMF?

The IMF is funded primarily by contributions from member countries. These contributions are based on a country’s size and its economic strength.

Voting rights are based on each member’s quota.

The IMF also raises money from the servicing of its loans to member countries.

It also receives fees for its services and proceeds from the sale of its publications.

What does IMF do with the money?

IMF uses the money it raises to provide financial assistance to countries in need.

IMF assistance can take the form of loans, which must be repaid with interest, or grants, which do not need to be repaid.

When a country receives IMF assistance, it agrees to follow certain economic policies designed to improve its economic situation.

The IMF provides technical assistance and training to help countries implement these policies.

It also provides surveillance of the global economy.

This involves monitoring the economic and financial policies of member countries, and providing advice on how these policies can be improved.

IMF surveillance is designed to help prevent economic crises from happening, and to resolve them quickly if they do occur.

Who controls the IMF?

The IMF is controlled by its member countries.

Each member country has a certain number of votes, which is based on its size and economic strength.

The IMF is headquartered in Washington, D.C., and has offices in more than 150 countries.

For the US, the Secretary of the Treasury is the governor to the IMF.

There are 24 directors who exercise voting rights over the strategic direction of the institution. The US is the largest shareholder in the IMF.

How much money does the IMF have?

The lending capacity of the IMF is roughly $1 trillion and about $250 billion of that is traditionally available for loans.

Which countries are not part of the IMF?

The seven countries, out of a total of 196 countries overall, that are not IMF members are:

Why is Taiwan not in the IMF?

Taiwan was ejected from the IMF in 1980 after losing the support of then-United States President Jimmy Carter.

It was replaced by the People’s Republic of China.

Has any other country ever been kicked out of the IMF?

Cuba was one of the IMF’s founding members before it voluntarily left the organization in 1964.

How do you apply for IMF membership?

IMF membership is open to all countries that are willing and able to meet the IMF’s membership criteria.

Applicants must first notify the IMF of their intention to seek membership, and then submit a membership application.

The IMF Executive Board then conducts a review of the applicant’s economic and financial policies, and decides whether or not to recommend membership.

The IMF Board of Governors then decides whether or not to admit the applicant as a member.

What are the benefits of IMF membership?

IMF members can receive loans from the IMF, if they experience balance of payments problems.

Members also have access to IMF technical assistance and training.

They can also participate in IMF discussions on international economic issues, and vote on IMF decisions.

What are the IMF membership criteria?

Applicants must have a sound economic and financial policy, and be willing to cooperate with the IMF.

Applicants must also have adequate resources to make payments on IMF loans, and be able to provide data on their economy.

What are the advantages of the IMF?

The IMF has helped many countries avoid or resolve economic crises.

The IMF provides a forum for discussion and debate on international economic issues, and produces research, analysis, data, and statistics on a wide range of macroeconomic and policy matters.

What are the disadvantages of the IMF?

Some have criticized IMF polices for being too harsh, and for causing economic hardship in the countries that receive IMF assistance. These conditions can lead to social unrest and political instability.

Others have criticized the IMF for being too lenient, and for not doing enough to prevent economic crises.

The IMF has also been criticized for being too secretive, having too much power, having high interest rates on its loans, and not possessing adequate resources.

Some critics say that the IMF is controlled by a small group of developed countries, and that it does not do enough to help developing countries.

On a more concrete policy basis, the IMF has been criticized for:

Why do countries go to the IMF?

There are a number of reasons why countries may seek IMF assistance.

Countries may turn to the IMF for help in times of economic difficulty, or when they are experiencing balance of payments problems.

These policies can be difficult to implement and can cause economic hardship.

Who can borrow from the IMF?

IMF lending is available to all member countries, on a nondiscriminatory basis.

IMF assistance is usually in the form of loans, which must be repaid with interest. IMF loans are often made at concessional rates, which are lower than what market rates would otherwise be if they borrowed from the free market (i.e., by issuing bonds to be purchased by other governments and private investors).

What countries have gotten IMF loans?

The IMF has lent money to a number of countries, including:

How does the IMF lend money?

IMF lending is usually in the form of loans, which must be repaid with interest.

What are the conditions attached to IMF loans?

These policies can be difficult to do in practice and can cause economic hardship.

The IMF may also require countries to implement structural reforms, such as privatizing state-owned enterprises, cutting spending or changing their budget, or reforming the tax system.

Sometimes hard changes need to be put into place, which can cause social unrest in a country.

How does the IMF help developing countries?

The IMF provides a forum for discussion and debate on international economic issues and produces research and analysis on a wide range of topics and issues. The Fund also provides data and statistics and consulting.

The IMF has helped many countries avoid or resolve economic crises. It has also helped promote long-term economic growth.

It also provides assistance and training to help countries strengthen their economic institutions and policies. The IMF works with other international organizations, such as the World Bank, to provide assistance to developing countries.

How does the IMF work with the World Bank?

The IMF and the World Bank are both specialized agencies of the United Nations. The IMF is responsible for macroeconomic stabilization, while the World Bank focuses on long-term development.

The two institutions work together on many issues, including poverty reduction, economic development, and financial stability. They also provide loans to countries on a joint basis.

The SDR is an international reserve asset, created by the IMF in 1969 to supplement member countries’ official reserves.

The SDR is not a currency on its own, but can be converted into other currencies.

SDRs are used by IMF member countries to make payments to each other, and to the IMF. They are also used to purchase IMF-approved assets, such as foreign exchange and gold.

The value of the SDR is based on a basket of five currencies: the US dollar, the euro, the Japanese yen, the pound sterling, and the Chinese yuan.

The SDR interest rate is based on a weighted average of interest rates on short-term instruments in the money markets of the SDR basket currencies.

The IMF lends SDRs to member countries on a short-term basis, to help them overcome balance of payments problems. The IMF also uses SDRs to supplement its own reserves.

The IMF is a global organization that provides loans to countries experiencing balance of payments problems.

These policies can be difficult to put into effect, and can cause economic hardship. The IMF works with other international organizations, such as the World Bank, to provide assistance and training to help countries strengthen their economic institutions and policies.

What is Covariance? Applications in Trading & Portfolio Construction