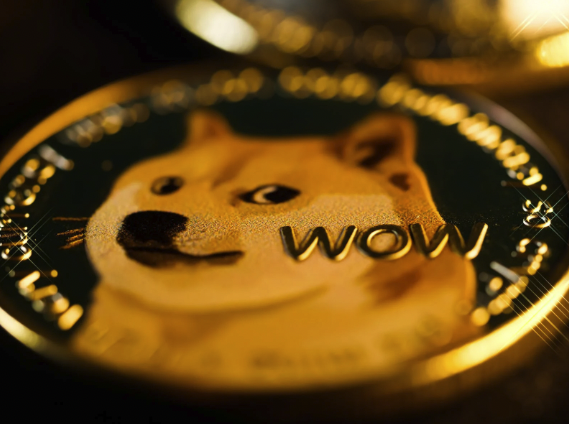 Dogecoin is a cryptocurrency that was created in 2013 as a parody of Bitcoin.

Dogecoin has a Shiba Inu dog on its logo and it became popular because of its funny name (a misspelling of “dog”) and its mascot.

The price of Dogecoin surged in the 2020-21 period because of the ongoing bull market in the cryptocurrency space and promotion by popular social figures.

The question is whether or not Dogecoin will be able to sustain this momentum and reach $100?

Let’s take a look at the basics of what has to happen for Dogecoin to reach $100.

Every market has a supply component and demand component.

On the supply side, Dogecoin is nearing 140 billion coins in circulation. More are mined each minute.

That means to get to $100, you have to multiply the number of coins in circulation by the price.

To get to $100 per Dogecoin you need over $14 trillion in the coin itself, taking the number of coins in circulation and multiplying by $100.

The top stocks in the market usually have $1 trillion to $4 trillion market caps.

That means it would need to become many multiples of the value of the most valuable public companies.

If you compare it to gold, which is about a $5 trillion market, it would need to become nearly 3x the size of it.

No, it is not likely.

There is a lot of speculation in the market and social media promotion can only take it so far.

It is doubtful that Dogecoin will be able to become a $1 trillion+ coin given the current state of the cryptocurrency market.

When there is an abundance of liquidity due to easy central bank policies, it finds its way into riskier asset classes like cryptocurrencies.

This has been the case in recent years as global central banks have pursued quantitative easing policies to stimulate economies post-financial crisis.

Low interest rates reduce the opportunity cost of holding cryptocurrency and make it more attractive relative to other assets such as cash or bonds.

When governments signal that they are open to cryptocurrency and blockchain technology, it gives the industry a boost of legitimacy.

This can encourage more businesses to get involved and increase investment.

An example of this was an endeavor like Facebook’s Diem (formerly known as Libra) project, which has the potential to bring cryptocurrency mainstream if it is successful.

Investment from high-profile individuals can increase public confidence in an asset and lead to more people buying it.

This happened with Tesla when Elon Musk announced that the electric car maker had bought $1.5 billion in Bitcoin. The news sent the price of BTC up a lot.

Musk is also notorious for promoting Dogecoin over social media.

Cash and bonds are less attractive

If people expect prices to rise, this hurts cash and bonds, and they are more likely to put their money into assets that have the potential to appreciate in value, such as cryptocurrency.

It becomes used more as a payment

If Dogecoin becomes a viable payment for more goods and services, this incentivizes people to hold it, which helps boost its price.

What could hurt Dogecoin’s price?

There are several factors that could hurt the price of Dogecoin:

The speculative bubble pops or deflates

Cryptocurrencies’ prices are based more on speculation than anything else. Their value is uncertain, unlike, e.g., having ownership in a profitable business.

If the bubble pops, it is very likely that the prices of all cryptocurrencies will fall sharply.

If governments start cracking down on cryptocurrency trading and mining, this could lead to a decrease in demand and a lower price.

Competition from other coins

Dogecoin is not the only cryptocurrency out there.

If another coin becomes more popular or has better technology, this could lead to a decrease in demand for Dogecoin and a lower price.

Dogecoin does not have a capped supply.

This means it needs to find new holders on net just to maintain its price. If this does not happen, its price will fall.

If global central banks raise rates and tighten monetary policy, this could lead to a decrease in demand for cryptocurrency and a lower price.

This is because it would become more expensive to hold crypto relative to other assets, such as cash or bonds.

How can I buy Dogecoin?

You can buy Dogecoin on several cryptocurrency exchanges, such as Coinbase, Kraken, Binance, and Gemini.

Can I mine Dogecoin?

Yes, you can mine Dogecoin with a personal computer or a specialized mining rig.

However, it is not as profitable to do so anymore since the coin has been mined quite a bit already and there are only a limited number of coins that can be mined.

What could happen to Dogecoin?

Dogecoin could continue to rise in price if there is continued interest from investors and social media influencers.

Dogecoin benefited from a combination of speculation and interest from buyers during the bull market.

It is possible that Dogecoin could one day be used more for transactions and become a payment system in itself.

Dogecoin could also continue to be mined, although it is not as profitable to do so anymore as it was in the past.

What are the risks of investing in Dogecoin?

The biggest risk of investing in Dogecoin is that it could lose value if the speculative bubble pops or there is a regulatory crackdown.

Other risks include competition from other coins, and low interest rates and easy monetary policy ending.

Before investing in any cryptocurrency, you should do your own research to understand the risks.

It is possible that Dogecoin could reach $100 if there is continued interest from investors and social media influencers.

The meme-based cryptocurrency has benefited from a combination of speculation and real interest from buyers during the bull market.

However, there are several risks to consider before investing, such as the possibility of a speculative bubble popping or regulatory crackdowns.

You should always do your own research before investing in any cryptocurrency.