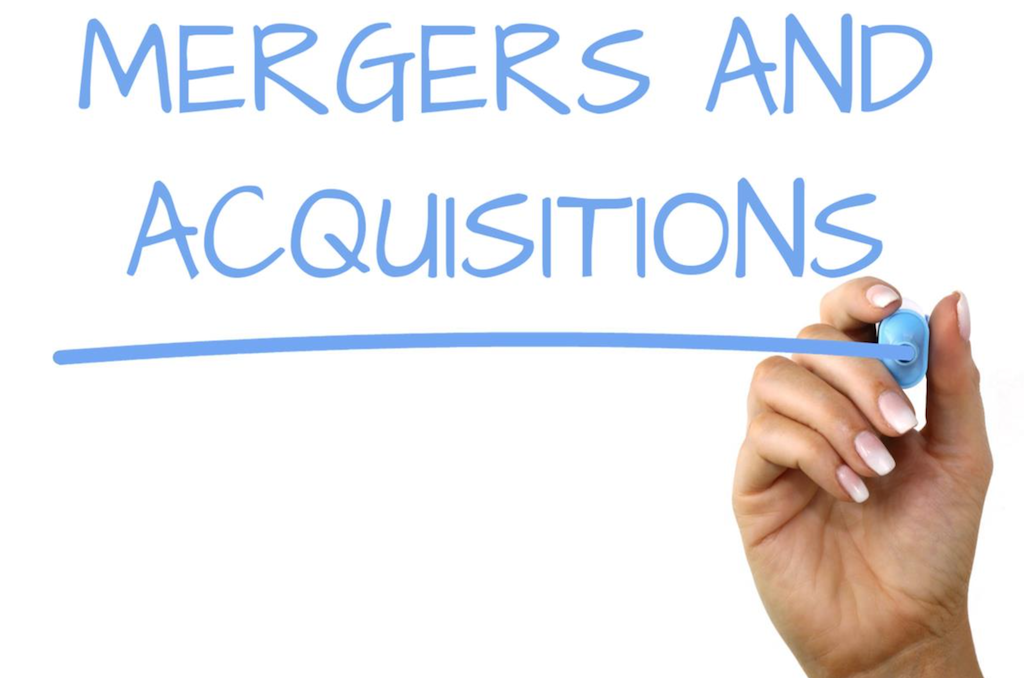 When it comes to M&A strategy, there are three primary drivers of why companies want to acquire another business or merge together.

Let’s go through each of them.

Over 80% of company executives consider scale-up acquisitions a part of their strategic model for accelerating growth.

This M&A strategy refers to mergers and acquisitions that are done with the intent of expanding into new markets or verticals.

These types of acquisitions are often made of usually smaller, earlier-stage companies. These firms are identified to be on the rise and are growing quickly, and could be potential competitors or offer an exciting bolt-on opportunity (e.g., what Instagram and WhatsApp were for Facebook / Meta Platforms).

This can help fill out a portfolio for an established company.

A company could try to copy a business, but that takes time, and sometimes time considerations are important.

If time isn’t as important, there’s the monetary aspect. Building a business requires significant investment. Even if they essentially copy or follow the path as the business they’re thinking about acquiring they’d still have to compete with them.

Acquiring an established company can be even more expensive, especially if they’re public.

An acquisition made to increase revenue is also considered a growth M&A strategy since it aims to acquire customers, clients, users, etc., within a specific industry, vertical, or market.

Companies will look for opportunities to win more share of their markets or enter new ones. So they might look to acquire a company to help get them there.

This M&A strategy also works the other way around (i.e., for the target): if a company is offered an opportunity to be acquired and it happens to be in another strategic area of where they ideally ought to be, they will consider the option of selling itself. Ideally, in business, 1 + 1 = 3.

Sometimes it’s not always evident what an acquisition accomplishes.

For example, Facebook acquired Instagram, WhatsApp, and Oculus to strengthen its strategic position by establishing itself in photo sharing, messaging services, and the technology underlying the metaverse, respectively.

WhatsApp wasn’t as clear, as it wasn’t monetized. Google and Apple had considered buying the messaging app, but it turned out to be Facebook’s gain in the end.

Oculus was a longer-term play on the future direction of the company as it evolves more of its business into virtual reality and the metaverse.

The relative competitive positioning M&A strategy often targets companies within high-growth industries, much like when it comes to the “growth” M&A strategy.

However, there are often mergers between larger companies as well. Canadian Pacific Railway and Kansas City Southern was a merger to combine large US railways.

Some have a combination of both “growth” and “established”. Salesforce’s purchase of Slack is an example.

Slack was already a highly valuable private company, but still considered a high-growing startup at the same time.

It can help Salesforce build out its product suite to be able to better compete with companies like Microsoft.

Of course, if a merger is designed to simply own a massive part of the market, it could afoul of antitrust law.

Sometimes a company doesn’t want to get bigger and is more interested in focusing on its core business.

This is where divestitures and spin-offs come into play.

A divestiture is where a company sells off non-core assets. If a company is too big and unfocused, its efficiency can suffer.

In this case, it can be better off selling the asset(s), taking the cash, and reinvesting it elsewhere (or just returning it to shareholders).

A spin-off is when a company separates part of its business into an owned subsidiary, which then operates independently from the parent company.

For example, eBay did a spin-off of PayPal in 2015. A company will usually do a spin-off to improve its balance sheet and earnings performance, consolidate its core operations, and support future growth initiatives in its core businesses.

Atria did the same of Phillip Morris International in 2008, which was due to legal and regulatory constraints associated with the nature of their business (tobacco and the public health-related liabilities).

Divestitures or spin-offs can be seen as M&A strategies since the intent is to grow shareholder value by selling off companies that aren’t considered strategic.

For instance, many legacy energy companies consider spinning off their clean energy units. This can help them realize more overall shareholder value.

In terms of M&A strategy, divestitures are usually executed in exchange for cash while spin-offs tend to have shareholders receive stock in the new entity that’s being created.

Divestitures and spin-offs in the energy sector

Some investors don’t want to own legacy energy companies because they perceive them to have risk as more public policy is put in place to shift the economy away from carbon-intensive sources of energy.

Some investment funds that are heavily in the public eye (such as college endowments, foundations, pensions) have divested of oil company investments.

So by spinning off clean energy units, each investor can get what they want.

Those who want the yield from the slower-growing traditional energy business can get that.

Those who’d rather have the clean energy investments can get that.

It’s a solution that can make both types happy rather than both being sour on the combined investment.

And if technologies like carbon capture are not the best fit for an integrated energy company, there can always be a spin-off of those assets.

Synergies are an important driver of M&A activity.

Can one business cross-sell with another?

Public markets may give credit for announced synergies if they’re logical and can be realistically executed.

Synergies are important for M&A strategies because they allow the company to cut spending on expenses that don’t need to exist because of overlap.

So, sometimes synergies come in the form of reducing duplicate expenses.

For example, sometimes a business needs only one team to manage a certain department.

If two very similar banks combine, for example, they might not need to double their risk management department if they’re involved in the same things. They can use one of the existing ones.

M&A strategies are not one-size-fits-all.

Companies can have M&A strategies for growing and scaling, maintaining their competitive positioning, achieving synergies among businesses, or even shrinking the business if they feel it’s necessary through divestitures or spin-offs.

Every M&A strategy is supposed to add value to a company in some way.