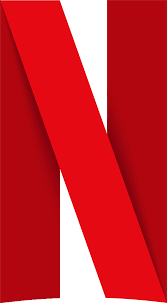 Whispers about Netflix’s foray into game development appear to have been confirmed this month. The streaming giant announced that gaming veteran Mike Verdu will head video game development, as they attempt to tap into an industry that’s more lucrative than ever.

Verdu, a former Facebook vice president, has previously worked for major game developers such as Atari, Electronic Arts and Zynga.

With experience in popular titles like The Sims, Plants vs. Zombies and the Star Wars franchise, the 56-year-old has a clear history of success in the gaming industry.

They have yet to decide whether to create their own content or host third party games, and no announcements have been made about how this will change Netflix’s subscription services.

Sources claim that Netflix is aiming to offer video games within the next year, with recruitment for game-development related positions already in full swing.

The video game industry has exploded during the coronavirus pandemic. With people spending more time at home and looking for more domestic forms of entertainment, gaming became a huge hit over 2020.

The global gaming market is now worth a staggering $300 billion, and Netflix is hoping to tap into this lucrative revenue and expand their domination in the entertainment industry.

The content platform has emphasised that competition comes not just from other big-name streamers, but also other online and mobile entertainment services.

Offering video games would be another way to lure new customers away from rivals with no gaming services, as well as providing a new avenue to market existing shows.

The streaming giant has been seeking ways to keep growing and to retain subscribers, such as increasing kids’ programming, adding an online merchandise shop and hiring household names like Steven Spielberg to enhance their movie lineup.

Pushing into games would be a bold move for Netflix, but it could help justify price hikes in an increasingly saturated market and bring new business to an otherwise dwindling customer base.