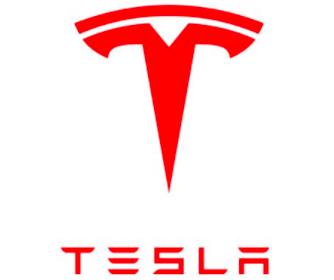 Tesla’s stock is rebounding from its record high of $1,229.91 set on November 4, 2021, after Wedbush analyst, Dan Ives increased his price target for the electric automaker to $1,400. The move puts the investment firm’s prediction squarely in line with the most bullish Wall Street analysts, giving investors confidence that the company’s value has not yet peaked.

Since the high on November 4, Tesla’s share price has slumped by over 17 per cent. However, since January, it has outperformed the S&P index as a whole by more than 30 per cent.

Ives’ new target places him (and Wedbush) among the most optimistic brokers and market analysts about Tesla. He is now tied first place among 41 analysts forecasting the automaker’s future market capitalization surveyed by FactSet.

Ives’ latest bullish prediction comes on the back of Tesla’s surging domestic and international sales. The automaker recently achieved a monthly run rate of 50,000, Ives says – a near ten-fold increase in just three years – and with the company pushing into China in 2022, the potential for growth is stronger than ever before.

Ives believes that analysts need to stop categorizing Tesla as a conventional automaker and instead think of it as a disruptive technology vendor. While the company builds cars, the real value is in the autonomous software and electric vehicle platforms it is creating.

Tesla is spearheading massive changes in the auto industry that have not been seen since Henry Ford and the Model T. The carmaker could potentially develop technology that makes legacy carmakers, such as GM and Toyota, obsolete in the coming decade.

Ives notes that Tesla faces headwinds, but they are not as serious as many analysts imagine. The current semiconductor shortage is creating bottlenecks that are making it challenging to scale output volumes to the level that the company would like. However, these issues are short-term, he says, and likely won’t last much past the end of next year.

Many investors looking at Tesla today are worried that they are late to the party. The stock has risen more than 64.4 per cent over the last quarter, leading many to wonder whether we’ve already seen the lion’s share of the gains.