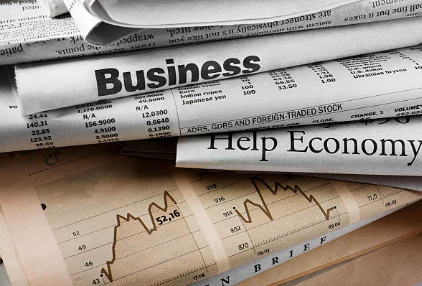 Stock markets around the world took a beating from the second week of January. News media heavily covered the fall of the S&P 500 and Dow Industrial average, but the FTSE, Germany’s DAX, and stock markets in Asia all saw sharp falls too.

Most of the collapse in stock prices seem to relate to the market’s uncertainty about what the future holds.

Investors worry that conflict with Russia or ongoing COVID-19-related restrictions will put the brakes on the industry.

This, combined with the threat of interest rate hikes later in the year, is having a damaging effect on stock prices across the globe.

Whether the current wobble in prices – with some indices down more than 10 per cent from their peaks – will develop into a full-blown crash like the one we saw in March 2020, is still unclear.

At the moment, there doesn’t seem to be any particular reason why it should perform as badly in February as it did in January.

However, were international tensions to rise, or economies to falter coming out of omicron, then we could see prices drop even further.

There are, however, blue skies on the horizon in February. Stocks have already regained a large chunk of the value they lost since January 25.

And now investors are leveraging up to buy meme stocks, believing that last month saw them underpriced.

Dark clouds surrounding the Russia-Ukraine issue also seem to be abating. While the risks of conflict appear to be high, it’s unlikely that Putin can afford the economic sanctions that would ensue if he took military action.

Russia would likely be successful on the battlefield, but would then have to find other countries to export its gas, leading to a dramatic fall in the rouble and trouble internally.

We’re also on the verge of coming out of what is typically the quietest month of the year economically.

The “January blues” as they’re sometimes called, will come to an end soon, and investors may see more economic prosperity on the horizon.

Many G8 economies are expected to post strong growth figures next quarter coming out of COVID-19 lockdowns and restrictions.

War Economy: What Assets Should I Own During a War?

A History of Financial Wipeouts of Wealth in the 20th Century