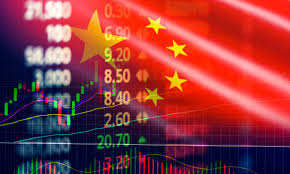 What’s been deemed as the ‘chip war’ between China and the USA has escalated again, as the US announced new restrictions on trade with Chinese technology firms at the end of last month. Despite recent progress, including a trade talk between the nation’s leaders, the US government has announced more Chinese technology companies that can’t trade with the USA. In return, China has warned of ‘countermeasures’ and said that the US was taking the wrong path.

The Biden administration has said that global trade and commerce should not support national security risks, and companies are added to the blacklist if they are contrary to the national interests of the United States.

Other firms included in the sanctions include Chinese quantum computing developers and even more semiconductor firms. China has imported at least $300 billion of semiconductors for the last three years in a row and these are critical to its technological ambitions.

The USA’s blacklist of companies is known as the Entity List and some of the new additions to it include a chip company that is linked to H3C.

There are now 27 foreign entities and individuals that are on the list, with others located in Pakistan, Singapore and Japan. The well known Chinese telecoms firm, Huawei is one of the most high-profile companies on the list and it was added in 2019 when the US government claimed their products posed a risk to US national security.

China strongly deny these accusations of espionage and firms like Huawei have suffered major setbacks because of the sanctions.

Technology firms across the board are suffering from the chip shortage, as electrical companies based in China are unable to access the specialised chips produced overseas. Disruption to the international supply chain has caused shortages across the world for semiconductor chips which are used in everything from games consoles to mobile phones, all in high demand for an increasingly digital world.