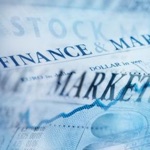 Tesla Inc share price dropped by 6% on the Friday following a catastrophic reveal of the new Cybertruck. The armoured glass windows of the Tesla pick up truck shattered during a live demonstration at the launch event.

Elon Musk, Tesla CEO, saw $768 million of his personal fortune evaporate and could be heard muttering expletives after the armoured glass windows smashed.

Musk had been telling a crowd of fans and press about the durability and power of the new Tesla release just minutes before the accident.

As markets closed on Friday, Tesla shares had fallen to $333.41.

The cult classic film Bladerunner inspired the much anticipated electric pick up truck. However, the live demonstration saw Franz von Holzhausen, Tesla lead designer, launch a metal ball at the Cybertruck windows to showcase the strength of the armoured glass. Unexpectedly, the armoured glass shattered on both windows.

Elon Musk was clearly shocked by the smashed glass, informing the attending audience that the problem would be fixed before the electric pick up is made available to consumers in 2021.

Despite the extra publicity of the event due to the video of the disastrous reveal going viral on the Internet, it comes at a time when Tesla is seeing increasing competition in the electric vehicle market.

Ford has recently revealed the Mach-E, an electric SUV that is inspired by the company’s classic Mustang design. Industry analysts have claimed that Ford’s Mach-E could threaten Tesla’s position as the largest electronic vehicle manufacturer in the U.S.

Tesla was not alone in announcing a new electric vehicle on Thursday. Mary Barra, the CEO of General Motors, revealed on Thursday that they would also be launching an electric pick up truck in 2021 – the same year of release as Tesla’s Cybertruck.

The disastrous reveal of the Cybertruck has hit Tesla’s share price at a time when the company was looking strong following a June 2019 yearly low of $176.99 per share.