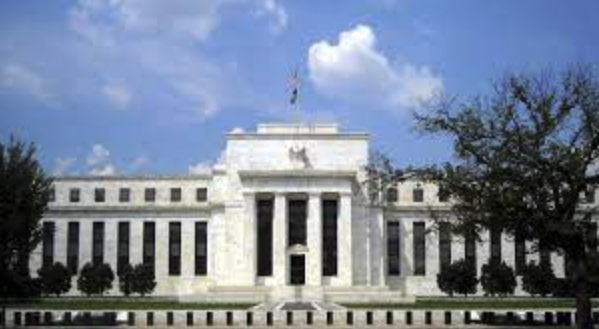 In economics and markets circles, pushing on a string refers to the idea that a central bank cannot influence the economy by lowering interest rates beyond a certain point (at or around zero).

The phrase is most commonly used in relation to monetary policy.

The idea behind pushing on a string

The theory goes like this: let’s say the central bank wants to stimulate the economy by lowering interest rates.

This should encourage businesses to invest and consumers to spend, as they can now borrow money more cheaply.

However, if firms are not confident about the future prospects of the economy, they may not want to borrow and invest even at lower interest rates.

And if consumers are worried about job security or their incomes, they may also prefer to save rather than spend.

In other words, pushing on interest rates may not be enough to get businesses and consumers to change their behavior and spur economic activity.

“Running out of ammo”

The lack of stimulative capacity to lowering interest rates is why pushing on a string is often seen as a sign that central banks are running out of options.

If interest rates are already at or near zero and the economy is still struggling, it may be difficult for further monetary policy measures to have an impact.

Of course, there are other tools available to central banks, such as quantitative easing (QE), but these may also be less effective if people and businesses do not have confidence in the future prospects of the economy.

Pushing on a string remains a topic of debate

Pushing on a string remains a controversial idea among economists and there is no definitive knowledge on exactly how far nominal interest rates can be cut before they cease to be stimulative, what the marginal effects are, and how this may vary by economy, and the nature of the exact type of interest rate involved (e.g., repo, reverse repo, interbank overnight lending rate, cash rate).

However, it is often cited as a reason why central banks may be hesitant to cut interest rates too deeply into negative territory, as they may be concerned about the potential lack of effectiveness and unintended consequences.

How pushing on a string might play out in reality

An example of pushing on a string might be if the central bank cut interest rates from 1 percent to 0.5 percent, but this failed to stimulate spending or investment by firms and consumers.

The central bank could then try cutting rates again, this time to 0.25 percent.

But if businesses and consumers still don’t respond, pushing rates lower may not help and could even end up hurting the economy if it leads to higher inflation, financial instability via asset bubbles, or hurts those dependent on savings rates.

Pushing on a string is one reason why some economists have been advocating for more aggressive monetary policy measures, such as QE, rather than simply lower interest rates.

For example, during the 2007-2009 financial crisis in the US, the Federal Reserve lowered interest rates to zero.

When that wasn’t effective enough, it didn’t cut the overnight fed funds rate into negative territory (as many other developed countries did).

Instead it started buying assets such as government bonds and mortgage-backed securities (MBS) to stimulate the economy by trying to lower longer-dated yields instead.

Summary – Pushing on a string

Pushing on a string refers to the idea that a central bank cannot influence the economy by lowering interest rates beyond a certain point (at or around zero).

When pushing on a string occurs – meaning lower rates are no longer effective at simulating the economy – policymakers will often turn to other policy levers, such as quantitative easing (QE), which mostly involves bond buying, or better coordinating with fiscal policymakers to get money to where it needs to go.

Pushing on a string is still a topic of debate among economists, with no clear answer on exactly how far rates can be cut before they lose their impact or what the marginal effects may be. It is often nonetheless cited as a reason why central banks may be hesitant to take rates too deeply negative.

Pension Funds – How Do They Invest? [Example Portfolio]

What is a Schedule D? (Capital Gains and Losses)

What is HODL? [Crypto Strategies]