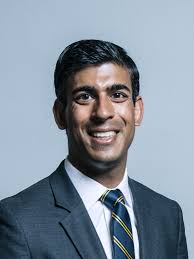 UK Chancellor Rishi Sunak has said he wants better access to EU markets for British financial services than outlined in the Brexit trade deal with the EU.

Both the chancellor and Prime Minister Boris Johnson have admitted that the current terms of the trade deal don’t go as far as they had hoped when it comes to support for the UK service sector.

Services are vital to the UK’s economic health since they account for 80 percent of national economic output and 50 percent of the country’s exports. And of the service industry, the financial services sector is a particularly important component, contributing more than £130bn to the UK economy.

The importance of financial services is why Sunak said in late December that he intended to get UK banks and other financial service providers to the point where they can act, on trading terms, as if they were still part of the EU.

“This deal also provides reassurance because there’s a stable regulatory cooperative framework mentioned in the deal,” Sunak told reporters. “We will remain in close dialogue with our European partners when it comes to things like equivalence decisions.”

Sunak also said he was aiming for a memorandum of understanding between the EU and the UK in the next few months to help smooth out bumps in the road.

But now the trade deal comes into effect, there will still be some impact on British-based financial services businesses.

British accountancy and auditing qualifications, for example, will no longer be recognised in the EU meaning a stark choice between requalifying and losing business.

The long and the short of it is that, while the EU-UK trade deal does provide some much-hoped for continuity for Britain’s financial sector, it does not mean that the transition will be entirely smooth.

What’s more, it will clearly be some months – and maybe years – before British financial businesses will be able to trade on the sorts of terms they have enjoyed under EU membership. And that’s provided that the promises of an improvement on the deal that has been made on the part of the Chancellor and Prime Minister Johnson come to fruition.