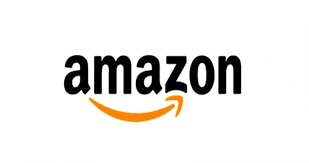 Amazon boss and and richest man in the world Jeff Bezos is to step down from his role later this year.

The founder of the e-commerce site announced the move in a letter to Amazon employees on Tuesday, citing that the step down would give him more “time and energy” to pursue other projects.

He will become executive chairman and Andy Jassy will step in as CEO. Jassy currently leads the company’s cloud computing branch.

Bezos founded Amazon in his garage in 1994, originally as an online bookshop. Since then, it has grown into an e-commerce giant employing 1.3 million people worldwide and netting Bezos a personal fortune of $196.2bn.

The company has continued to flourish during the pandemic as online shopping became increasingly essential, reporting $386bn (£283bn) in sales last year, doubling profits from 2019 to $21.3bn.

Despite this rosy outlook, Amazon is also facing growing scrutiny from regulators and other tech firms, who question the market dominance and monopoly it holds.

In addition, as a public figure, Bezos has come under criticism from inequality activists for his monumental wealth while many Amazon employees, it is alleged, are exploited.

Bezos said in his announcement that this was “not a retirement” and that he looked forward to continuing to focus on other ventures – recently he has become involved with the space exploration firm Blue Origin, climate change fighting Earth Fund, and the Washington Post newspaper.

He is also, Amazon stressed, not leaving the company, and will still have considerable influence. Though the announcement was clearly a surprise, it seems that this reassurance was enough for investors; the shakeup does not appear to have significantly affected the company’s stocks.

Though it is unclear how Amazon might change going forward, particularly with pressure from regulators, it is likely that it will remain a dominant force.

It is also interesting to note that Jassy has been chosen to lead the company, showing how crucial Amazon’s cloud services are to its future, and suggesting even greater growth in this area.

Bezos included a ringing endorsement for his replacement, assuring stakeholders that “Andy is well known inside the company and has been at Amazon almost as long as I have. He will be an outstanding leader, and he has my full confidence.”